Skip to content
Alex Barker – Moebius Syndrome: People ask me all the time about my experiences of having a rare condition. I always answer that I’m fairly happy as I am. It’s the truth.

Who wouldn’t want to be born without a disability? Me…I didn’t have a choice. Everything or mostly everything that I’ve wanted to do is because I saw my peers doing the same thing and I though…Hey I could do that. I went off to college, university and had the opportunity to go and study in different countries. I even live independently. Well all my friends do so why can’t I?

One of my greatest achievements though makes me part of an exclusive club. At the tail end of the 2005 soccer season I was given the chance to play on the pitch of my local team. As anyone who knows me can testify I’m a Coventry City fanatic. I have a season ticket and although I moan non- stop about how the team are doing, they’re my team. I don’t support a team because they are successful. In fact Coventry’s only achievement is winning the Football Association cup some 22 years ago.

Imagine stepping out on Wrigley Field or Yankee Stadium or at Candlestick Park and hearing the crowd go wild? Well when my friends and I stepped out onto Highfield Road stadium’s lush green grass it was an amazing experience. Little did it matter that there wasn’t a crowd apart from friends and family. There was recorded applause and our names were read out over the tannoy. I was number 13. Unlucky for some. The other team had won the toss and they got to play in the City colours of sky blue. Our team were kitted out in red.

It did occur to me that I might be the first (and possibly last!) person with Moebius to grace the turf of Highfield Road. Anyway the game started and I was one of the substitutes so I had to watch the game from the dug out.

Twenty minutes in and it was the time for Alex “Cryuff” Barker* to make an appearance. I would love to say that I scored a few goals and got a few assists. But I didn’t. I managed to get one or two kicks and that was enough for me. I was so tired about by the time the game finished. Now I know how far professional footballers have to run and I have much more respect for them then I once did.

All too soon the final whistle went and then it was off to the changing rooms to get showered and dressed. We were then taken up to the Presidents Lounge for beer and sandwiches.

So if people tell me that they have never been on the hallowed turf of heir favourite sports team. I can look them in the eye and tell them that I have. Now that’s a first if ever there was one…..

*Never in my dreams can I be compared to the great Johann Cryuff. There’s just no comparison. 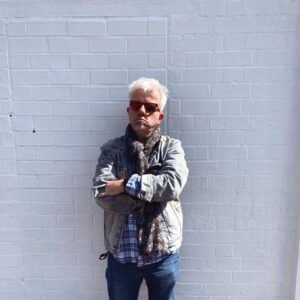