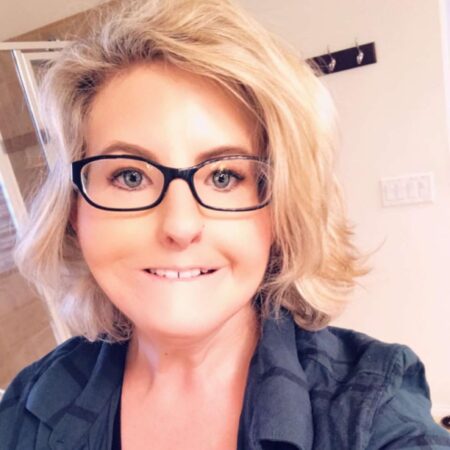 “Mom, why are they staring at me?”  “Mom, why do the other kids at school whisper and point at me?” “Mom, why are my hands different?” “Mom, do I talk funny?”

Whoever said, “Sticks and stones may break my bones but words can never hurt me” was clearly in denial of their own feelings. Words are far worse than sticks and stones, which repel off of you after their initial impact. Words hit with such force that one would have been better off being beaten with mountains and trees than being called names or teased. Words cling to you, burrowing deep into your skin, yearning to spread their meaning and consume your mind and thoughts.  The longer the words remain with you, the longer your mind has time to dishevel them and twist and turn their connotation in to whatever it so chooses.

I have experienced the pain of words as far back as elementary school.  Upon realizing I was “different” from them, some select six and seven year olds made it their sole purpose at recess to stare, laugh, whisper and point at me. Phrases like “Small Hands” and “Four Fingers” seemed to be their weapon of choice. I was well aware of the fact that I had smaller hands than the other children my age and yes, there are only “four fingers” on my left hand. Three, if you do not consider the thumb to be a “finger.”

I would come home crying about something hurtful that was said to me during the school day at least two days out of the school week. Pockets became my best friend; pants, skirt, jackets, shorts; anything with pockets that I could bury my hands in so no one would notice them. This posed as a perfect solution for the taunting that had been occurring during recess at school, until I realized that having my hands hidden in my pockets would hinder my usual recess activities.  Basketball, volleyball, handball, anything with the word “hand” in the title was out of the question if I intended on hiding my hands in my pockets for the full duration of recess.  Even running proved to be problematic.  Children tend to be clumsy by nature, so running can only elevate this tendency to trip, stumble or otherwise crash into one another while playing tag or a game of hide and go seek. Running with my hands in my pockets was a sure fire way to guarantee at least one good face-plant while even trying to play a game of “red light, green light.” My plan to hide my hands during recess was a bust and so my “four fingers” and I were on our own.

Somewhere between fourth and fifth grade I acquired somewhat of a posse of friends: both male and female. By this time, if someone tried to make a scene at recess as they called me names, my friends made a point to intervene, which began to show some affect of helpfulness because the overt name calling eventually ceased.  The children who chose to hang back and quietly point and whisper about me went unnoticed by my friends.  For me, however, it was the only thing to focus on. Each point, laugh, stare, and name would individually stab me, sinking in deep, and would choose to either accumulate into a lump in the center of my chest or would spread with anger and embarrassment through my veins.

Most of the teasing ended in elementary school, but the scars remained well throughout high school and even a few semesters of college.  I became engulfed in my fear of peoples’ reactions to my hands and my speech. I could not drag myself to approach strangers in new classes to strike up conversations, for fear of how they would react to my voice. I had convinced myself that no one would ever befriend me if I approached them, because in my mind, they would approach me if they wanted to strike up a conversation. In every new situation that I encountered, my main focus was always hiding my hands and trying to speak as little as possible. I wanted to be invisible in class so as not to be called on to have to speak up in front of everyone. So many times when trying to speak with people for the first time they would continuously ask me to repeat myself and would tell me, rather bluntly, that they could not understand what I was saying. When talking with a group of people, I have even had a few people say to one of my friends, “What did she say? I can’t understand her.” That was enough to make me never want to speak to anyone that I did not know well. For me, it was humiliating to someone talk about me as if I was not even there, all because my speech wasn’t crystal clear. Granted I was born with a small, paralyzed tongue and limited facial movement, I tried to speak as clear and articulately as I could.

The scars from the teasing I had endured during elementary school and from other encounters with some people had managed to stay with me for a long period of time, from elementary school all the way through my first two years of college. Upon entering college, I found it almost impossible to communicate with anyone that I was unfamiliar with, for fear of being judged by them. It was not until the summer between my second and third year of college that I realized healing and forgiveness was possible.

I attended a class taught at the kung fu studio that I belonged to. The class was entitled Tools for Life and it included every piece of information that I had ever needed to hear in order to ever overcome my fear of being judged by others. The topic that finally triggered the beginning of my healing was that of forgiveness. In the class, we individually focused on letting go of the negative things that had occurred in our past. I learned how people allow others to affect their moods and how they interpret certain things. Words are very powerful tools and as humans we have the ability to choose in what way words affect us: negatively or positively. Ultimately it is our decision as to whether or not we allow a name or word to ruin our day. It was at this junction in my life where I realized that for the past 16 years, I had been in control of how the reactions of others affected me. A pivotal moment in my realization of just how little my hands affected others was when my mother’s boyfriend of four years at the time told me one night, “I didn’t even know you were missing a finger on your left hand. I never even noticed it until just now when you said something.”  Here I was, faced with someone that I had spent a lot of time with, and he did not even notice of my differences.  At that moment I knew that if I were to approach someone with my hands in plain sight, they would probably not even notice. Even if they did notice, was it really that big of a deal for me to just explain why my hands were like that if they were curious?

I remember when I was around six or seven, going to Las Vegas with my family. We entered this little fifties style diner, and I remember the song “Land of 1000 Dances” was playing. You know, the song where they say, “do the mashed potato, do the alligator.” I, in all my tiny glory, busted a move in front of the entire restaurant. Granted I did not know what doing the alligator or the mashed potato meant, I was not at all shy about shaking my booty in front of everyone. I was a hit, I had people laughing and clapping. It was adorable. I was an outgoing, fun-loving little kid. I can’t help but feel like somewhere along the way in my life, my free and outgoing spirit was tainted by the way some people reacted to my differences. Throughout my years, I grew further and further away from the outgoing person I had been meant to be, and the shy and introverted girl that I was becoming. Inside, I wanted to be outgoing, I enjoyed fun things, and had so many things that I wanted to say and do. Because of my fears of how people would react to me, I chose to keep who I wanted to be, and who I thought it was ‘safe’ to be, as two separate ideas.

At 21 years old, it is a little ridiculous for me to still be walking around with my hands in my pockets and honestly, I will never get anywhere in life if I choose to go unnoticed by everyone.  I’ve decided it is time for me to let go of the past. It is time for me to finally let the ghost of recess past move on.  I can no longer hold on to being afraid of people forever, fearing that they might judge me based on my speech or my hands.

Click here to order an "I Love Someone with Moebius Syndrome" bumper sticker!

Moebius Syndrome Awareness Definition Shirts! Even though we will be wearing Face Masks it doesn't mean this can't be our Summer of Awareness. These are simply designed definition shirts to do just that. Check them out and purchase yours today.