Hello and thank you in advance for reading our message. I want to spend a couple of minutes discussing Moebius Syndrome Awareness Day 2021. But before I do that, I want to talk about something that happened to me last Sunday during MSAD 2021.

I was doing a live interview with Vicki McCarrell from the Moebius Syndrome Foundation and Phyllida Swift from Face Equality International and was asked what my motivation was for building the online global Moebius Syndrome Community and creating Moebius Syndrome Awareness Day. I was not expecting the question and broke down crying trying to answer it. So, I want to try and do a better job at answering it now. When I was a child in the 1960’s I was a little wild. I know now I had undiagnosed Autism, undiagnosed ADHD, and probably a few other things. I was not a bad kid, but my attention span only lasted for less than a second and my mind was all over the place. My parents did not have anyone they could talk to other than family members for support. Once when my mother mentioned to my doctor that I had night terrors she was told she should probably keep it to herself since they were considered a psychological problem. Taking care of me and keeping me focused was a full-time job for both of my parents.

A few years later both of my parents fought separate battles with Cancer. Taking care of me was their number one priority and they were alone in doing so. Cancer claimed both of their lives when I was in my early teens. Over time I taught myself how to overcome the autism and keep my mind focused on what was important. When I became an adult, I learned about support groups and when I thought about my childhood, I wished my parents had a support group who could have helped them with me. Maybe then they could have spent a little more time battling their illness and a little less time taking care of me.

I cried during the interview because I carry within me a great passion for my parents and for the work, I do with Moebius Syndrome. Some people might see it as a weakness, but I see it as a strength because it is that passion which drives me harder and harder each year to do better.

My mother could never figure me out. She once told a co worker she worried I would follow the wrong crowd and get into trouble if she was not around. I never got into any trouble. I have never been a follower!! I am sure there are other parents out there who have concerns. All I can say is do your best and have faith in the decisions you and your children make. People with Moebius Syndrome and their family members are the true experts on all things Moebius. Together you will get it right.

I am immensely proud of the part I played in bringing everyone together and will continue to do all I can to support the community.

MSAD 2021 was amazing when you consider that we are in the middle of a pandemic. Once again, this year you the global Moebius Syndrome Community made MSAD 2021 a great success. There were not a lot of in person events going on, but there were many family gatherings taking place all around the globe. It was cool for me to see MFOMS balloons in Europe, Canada, and in the United States. Schools and offices around the world held their own private celebrations. MFOMS and MSAD was mentioned repeatedly in the media. MSAD 2021 was celebrated in every country around the world. We have approximately 400 photos on our Facebook page and there are probably another 400 or more photos floating around on Facebook.

The Many Faces of Moebius Syndrome has been spreading Moebius Syndrome Awareness from November through January of every year for the past 11 years. This year we knew we needed to do things a little different because of the pandemic, so we went on a social media blitz in the month of January. To date we have posted approximately 180 posts to Facebook, Twitter, and Instagram. Most of the posts were submitted by Moebius Syndrome Community members. The four main categories were:

Approximately ¼ of all posts were newly submitted to us in December and January. On January 23rd I added all the numbers up and our social media posts had reached over 250 thousand people. It would not surprise me if those numbers have doubled or tripled by now. The only thing we spent any money on concerning social media is a Facebook video Ad which has been viewed by 18,800 people to date. Pretty cool.

When I donate to an organization, I do not like for them to announce my name, so I just want to say a heart felt thank you to the 81 people who donated to the Many Faces of Moebius Syndrome in the month of January through Facebook, PayPal, mail, and in person.

We are an all-volunteer organization. All of us have at least one full time job. We do what we do because we are passionate about it and we love the community we serve. In the days, weeks, months, and years to come we will continue to pioneer new ways to help and support the global Moebius Syndrome community.

A very special thank you to Phyllida Swift, Erica Klauber, and Jacob Licht.

Take great care of yourselves and each other. 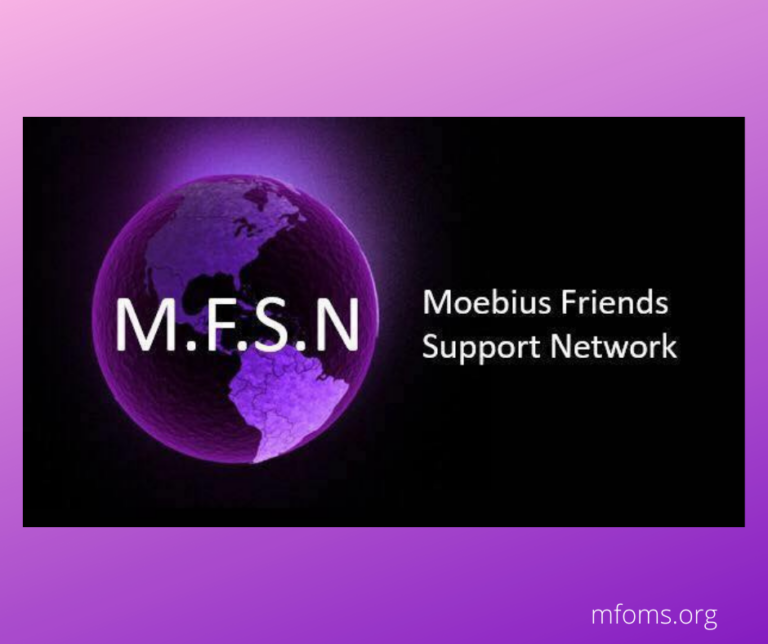 The Many Faces of Moebius Syndrome hosts the largest private support group for people with Moebius Syndrome and their families on Facebook. Over 1400 members. If you have Moebius Syndrome or are a family member of someone who does click here to join. A security question must be answered before admittance.