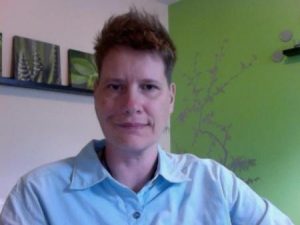 For those of you whom I have not yet had the pleasure to meet over the various forms of social media, my name is Jennifer Allaby, commonly called Jenn, and I am but one of your MFOMS Ambassadors from Canada.

My story might be a little different than most in that I was not told I had Möbius Syndrome until I was 35 years old.  When I was born, in 1969, I had some of the characteristics that most of you have seen or dealt with – difficulty sucking, difficulty swallowing, really sensitive gag response, “failure to thrive” symptoms, and of course, facial palsy.  Being that my signs and symptoms were present, and no-one was very concerned about any of it as long as they could feed me, further investigation was secondary to having me gain weight by any means.

As I grew older, many of the difficulties I had were either overcome or compensated for and so every specialist letter in my file concludes with “…continues to meet milestones and develop appropriately…no reason she cannot lead a full and normal life.”  Well, that’s great, isn’t it?  Sure.  But there still was no desire to go further actually diagnose me.  In hindsight, it didn’t really matter.  My small hometown, Saint John, New Brunswick, did the best they could to deal with the issues at hand so I would survive infancy.  After that, it was relatively easy going.  I could speak, I could eat, and I could think; not always as easily as others, but we made it work.

Sometime around 1994, my aunt sent me an article about “smile surgery” that was being done on children in Toronto.  It was the first I’d heard of Möbius Syndrome and for some reason, I didn’t recognise myself in the story being told.  Ten years later, I was given the opportunity to have the same surgery by an awesome team at the Toronto General Hospital.  It was during my assessment that I was told that I have an atypical form of Möbius.  Some of the problems I’ve always had, and had assumed were just part of being “me”, were actually tied to the syndrome – spinal and chest wall abnormalities, problems with my shoulders and neck, problems with my eyes.  So, I finally had a name for my wonky smile, inability to blink or turn my eyes properly, struggle to pronounce certain letters, and propensity for spilling my drinks if I am not paying attention.

I have never let how I look, speak, or eat, stop me from doing what I want to do.  Well, never since I was a teenager, anyway.  Teen years were tough but ultimately survivable.  I have lived in the High Arctic, in all three Territories, plus four of the ten provinces in Canada.  I have travelled with my work and for pleasure to places most Canadians never have the chance to see.  I have attended and graduated from three universities.  I’ve been in a wonderful relationship for over 15 years.  I have many many good friends and a very full and happy life.  Möbius doesn’t define me.  I am fortunate enough to define it on my own terms and in my own way….and I am thrilled to be one of your MFOMS Ambassadors!