Hello, this is Joseph. He has Moebius syndrome and a myriad of other medical complexities. His facial paralysis is mostly on the right side of his face, so he has a pretty amazing half smile that we adore. He has other issues that may or may not stem from moebius, like autism, sensory integration issues, neuromuscular issues, dyshphagia (swallowing issues), strabismus, and being incredibly photogenic. He has the most resilient spirit of any child I have ever known, his journey has been long and hard, but he is a brave, resilient soul.

Before we get started on his many back surgeries, note that Joe had extensive and well documented issues with a feeding tube with an extreme leak that doctors brushed off. In the fall of 2016 it was decided that Joe would have rods placed on his spine for a seventy two degree curvature. On November 16, Joe went into Doernbechers and spent ten hours in surgery. The surgery was not exactly smooth, they had trouble attaching the rods. His back was open so long, he had to receive blood at least twice. He made it through and we hoped the healing would begin. While at the children’s hospital, we were able to show doctors and nurses how concerning Joe’s feeding tube was. Meds and formula literally spilling out and leaving him unfed and in unmeasurable amounts of pain.

The lead doc was on the peds ortho team, so Kaiser Peds surgery sent their finest. Dr. M expressed I was looking for magical answers and told me I didn’t understand what I was asking for, despite the fact I was working in a class where out of 17 students 15 of them had various types of feeding tubes. (G tubes, GJ tubes, and the occasional NG tube). I was pretty certain that a functional medical solution was not magical and that had Joe been a child of typical development the fact that he was 35 pounds at 8 years old would be an urgent, if, not all out emergency surgery to fix the tube. Since, Dr. M and I could not see eye to eye on malnutrition, I asked that Joe no longer be in his care. We were sent home and advised to follow up with Peds surgery later.

As we went home to heal, we became concerned He was not healing correctly. Moving him caused extreme pain and the rods were not looking right. They became prominent at the top of his neck and it became clear they had come away from his neck. Two days before Christmas I was on the phone with his surgeon who was about to board a plane with his family. Two days after Christmas, Joe received his first rod correction. The problem with the feeding tube persisted and he was in so much pain. I advocated for an GJ tube to be placed, so that food would enter the jejunum (lower intestine) rather than leak from his stomach and perhaps put weight on. Since Joe was under the care of the ortho team, we had trouble getting someone to make the call to fix the tube during our stay, Kaiser peds surgery put in an NG feeding tube and once again we were sent home to heal the boy.

In the month of January 2017, Joe visited Doernbechers no less than 15 times to have the tube replaced. The procedure entails giving versed to calm him, and having us hold him while they slide a tube with a flexible wire up hose and down this throat and into his belly. Then x-raying to ensure the tube didn’t end up in his lung. Eventually Kaiser caved and a GJ tube was placed, but they made sure to let me know it was not a permanent fix.

Eventually, spring came and we continued the great feeding tube fight. It was almost May when we saw that the rods at the base of his spine were becoming prominent and another correction was necessary, so back we went to Doernbecher. Our family thought Joe’s back was done, he had made it through all those terrible procedures and would now finally heal.

We continued to advocate for a feeding tube that was functional as Joe continued to pull on or snag the GJ tube and would have to go under to have it replaced. For those not in the know, an interventional radiologist has to perform a jejunostomy, which means putting Joe under sedation every time it is out. The fight continued until early 2018 when I demanded another doctor see him, as Dr. M’s partner was not getting us anywhere and Joe’s quality of life was suffering due to the inaction of the Kaiser Ped’s team. We met with Dr. L, an amazing woman who put us on a healthy course. I was ready for the appointment. I compiled videos of Joe’s tube leaking, Joe crying, and the skin breakdown from all of the moisture around the tube. They finally agreed to fix the tube! He would receive a revision. February 18, 2018 his stomach was repaired and a new feeding site was created.

Fast forward to the following school year, things were good. Joe was doing fairly well, but he was never the same after all that. He was very reactive and school was hard for him. By February 2019 Joe began to rip out his new feeding tube, which he had not done for a whole year, for the most part, he began to stop tolerating feeds and cried most days and seemed ill. We had upper and lower GI’s, scopes, scans, ultrasounds, etc. No cause of illness showed itself. He began to develop fevers without other symptoms. Doctors really didn’t know what to do with us. I suspected they thought I was crazy. After months of inexplicable crying and fevers, on June 26, 2019 while Joe was getting dressed his step dad found a large lump on his back. Two days later Joe went into an emergency surgery to remove all of the hardware, as he had a bone infection from the rods that had been placed. He had three separate procedures within the week. We were sent home with nursing care, a PICC line, 18 bottles of clindamiacin and no further summer plans. January 3, 2020 Joe had another abscess, but during his surgery it was found that his back was still free of infection.

So here we are now with a boy who has lots of PT to do and a lot of PTSD. Joe’s world was pretty small pre-pandemic, but now it is even smaller. Between quarantining him to keep him safe, keeping inside due to Oregon fires, and his routine of school blown out of the water as he knows it, he is really struggling with his mental and emotional health. So, that is where we are. We are working to retrain that beautiful brain to feel joy about things he used to love that now he shows angry stress responses toward. But with some great docs, some resources, caregivers, and family we are determined to do the work that will give our favorite, beautiful boy the gift of joy again.

Joe has a facebook page for anyone who would like to connect or talk about the high’s and lows of a medically involved journey and a smile from the heart!
https://www.facebook.com/journeyingjoseph 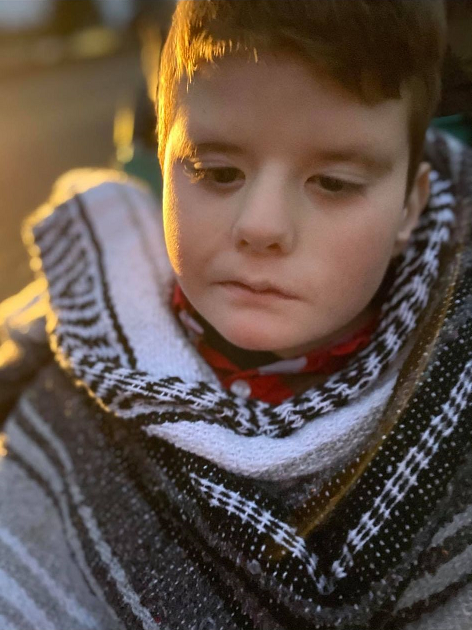 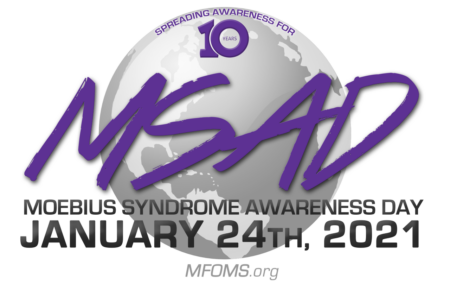