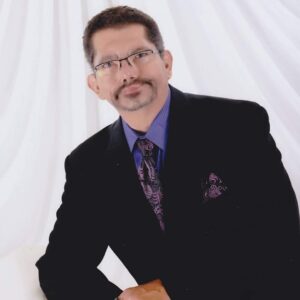 The Many Faces of Moebius Syndrome welcomes Lauro “Larry” Garza, MA, MPO to our board of directors.

Mr. Garza, who was born with unilateral Moebius Syndrome, is an accomplished man who achieved an advanced education in five subjects and has been an innovator throughout his career as police detective, educator, historian, political analyst and author. As a police detective, he was awarded commendations for life saving; bravery and excellent investigations and served on the front lines of Drug War for two years as an undercover airborne Special Agent. In 2012, he appeared in the seminal PBS documentary series “Children of the Revolutíon” as a historian. In 2016 he was recognized as being among the most influential Latinos in American politics. Published in 2016, Mr. Garza’s Amazon Kindle book is Five Star rated. Mr. Garza, who also had a talk shows of his own, served as host and organizer of the Houston International Moebius Syndrome Awareness Day beginning in 2015. Mr. Garza is married; has two adult daughters and resides in Katy, Texas.