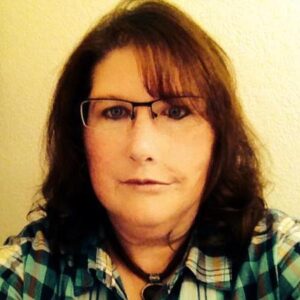 August 11, 1965, I was born to a young mother and father who had no idea what Moebius syndrome and Polands syndrome was.  Neither did the Doctors or nurses in our small town. All they knew was that something was very wrong with this little baby. When the doctor finally allowed my mother to see me he just said there is something wrong but we just don’t know what, and she may not survive. It was heartbreaking for my mother. When they took me home they noticed I was not taking very much formula and I was choking an awful lot.  After a couple of days of this My mother finally took me back to the hospital and I was referred to Houston Texas Children’s. I finally had a diagnosis and I was sent home to see what would happen next!  When I was 3 months old I only weighed a little over 6 pounds. I was not thriving at all. What I don’t understand is why did they NEVER put in a NG tube???  In desperation my mother called her Aunt and asked that she put me on the prayer list for her next prayer meeting. She did and all I can say is…one minute I was slipping away, the next minute I was taking in formula and thriving. I believe in the power of prayer and miracles.

Living with Moebius and Polands has not been easy, especially as a child. People in general can be very cruel to anyone or anything that does not conform to “ NORMAL ”! I suffered humiliation at school mostly by the bully’s who needed to bring people down for their satisfaction. As I got a little older my Junior High and High school years went a bit better. Physically Moebius syndrome really only affected my ability to swallow properly so I still had trouble choking on occasion.  My facial paralysis was still evident. Nothing was going to change that and I had learned to accept it. Believe me, I had many moments of woe is me…Why me Lord?? I always hoped for a complete healing or some new surgery that would totally fix my problem.  I met and married the love of my life and had three beautiful children. What a blessing. So when I was about 27 I went back to Houston to have the new surgery at the time “Temporalis Sling”.  Essentially the temporal muscle was rerouted to the corner of my mouth and attached to help make a smile on the left side. I had some bands to help lift, and my eye lid was reworked a little to give both side a more symmetric look and then they had to put a solid form of Silicon implant in the area where the temporal muscle was taken from. Initially I was so excited to have anything done that would improve my facial appearance. It was a very invasive surgery with some lasting consequences. Over all I am glad that I had some of it done. If I could go back and change anything I would not have had the temporal muscle moved or the silicon implant. I would have just fixed my eye and maybe a face lift for symmetry. I rarely use the muscle to make a smile. It is very uncomfortable and causes a muscle spasm and it doesn’t look natural at all.

I don’t know what Moebius syndrome has in store for my future. I learn more and more about my body as I get older and one thing is for sure….Life goes on and I intend to live it the best I can. If I could give one bit of advice to any young person living with Moebius it would be…Hold your head up, and smile your smile! Be bold and never let cruel words keep you from being you!  Too many times I held back my laughter for fear of my smile.  Now, I live laugh and love and never think twice about what my smile looks like to others. In my minds eye I am smiling from ear to ear!

I would love to hear your stories and find out more about your other medical histories to know if we suffer some of the same things due to Moebius or Polands.

Bless you all
Teri Goodwin