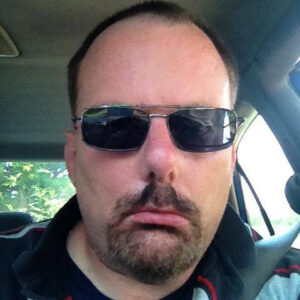 I was born on May 20th 1963 in Alexandria, Virginia. In those years  if a child was born with a deformity, impairment, or disabilty they were automatically labeled as being retarded and the parents were informed that if they lived they would need constant care and supervision.

After my birth the doctors didn’t give me more than a few weeks to live. They had no clue what was wrong with me. They suspected my deformities were caused by over the counter diet medicine my mother took before finding out she was pregnant. She was never told differently and carried the blame to her grave.

I couldn’t suck on a bottle or move my eyes. They said I just stared into space  when I was sleeping. I had to have iv’s in my feet because it was the only place they could get the needle in. A nurse who”s name I never knew took it upon herself to try and feed me with a spoon. There was no other way. When she got off of her shift she would come in my room and take turns with my mom, dad, grand mother at feeding me.

I made it past two weeks, but the doctors were not very optimistic. They said I probably wouldn’t survive more than a couple of years and if i did I wouldn’t be right….. I remember very little during those first few years other than I went to the doctors more than i went any place else. My parents did everything they could to make sure I got the best medical attention they could afford. During those times you couldn’t get medical insurance for children who had serious problems. My parents paid for everything with the money they made. My dad worked for the Washington Gas Light Company and in those early years my mom did typing work.

My mother taught me how to read when I was four so that I would be ahead of the curve when I started school. I remember in first grade we had a huge copy of “The Little Red Book”, which sat upon an art easel. Everyone would take their turn reading it. When it came to my turn I would read it perfectly. Unfortunatly the teacher couldn’t really understand me and since my eyes never moved she assumed I was just copying what the other kids had said. Almost every week my teacher and the principal would take me to the class for the special ed kids and say “Tim wouldn’t you like to be in this class with others like you?” Each time I would say “no.” My parents fought the school system tooth in nail to keep me in normal classes. Eventually a compromise was reached. The school system told my parents they would allow me to stay in normal classes if I passed a series of tests which measured your apptitude and skills. They said if I didn’t pass the tests I would have to be moved into other classes because I would be a disturbance to the other children. I remember taking the tests but I don’t remember what they were about. I scored above average on every test. The person who conducted the tests became my parents ally and shortly after that the school system backed off.

Because I looked different and couldn’t speak clearly, and because i did some very stupid things i was often teased. I remeber being in 4th grade and some of the kids wanted the teacher to ask me a question just so they could hear me answer it and when I did they would laugh. The teaseing continued through elementry school. Back then I was a wimp and whenever someone teased or hit me I would go running home crying to my parents.

My medical condition never got any better or worse. I once heard my doctor tell my mom that he didn’t expect me to reach adulthood, but by then I was used to that type of talk so it never bothered me.

When I was in seventh, and eigth, grade I became friends with certain people who were popular and I was accepted by association. Plus I finally learned to behave a little better. 🙂 Unfortunatly when I was in eighth grade my father died of pancreatic cancer so my life started to take a turn for the worse. My father was my idol and inspiration. Somehow my mother managed to pull me through it and I continued to do well in school.

During the summer between ninth and tenth grade my mom lost a five year battle to cancer. My sister, my brother, and my sister in law, continued to live in my parents house but I was a prettty lost soul. I didn’t finish high school because I couldn’t get up early and once I did get up all i wanted to do was watch tv.

I got my GED when I was 18. I actually got in before my class graduated in 1981. To me the test was very simple and I didn’t think i missed much not going to school. I drifted for a few years. Had a few adventures. Got into a little trouble here and there. My fear of going to prison kept me out of any major trouble.

I didn’t actually find out I had Moebius Syndrome until I was in my 40’s when someone I knew discovered it by going through my old medical records. I thought I was the only one out there alone in the world. When i finally reached out to others with Moebius a whole new world opened up for me. I met a lot of good kind and caring people.

Looking back it’s been a pretty good life. I’ve had some fun times. I’ve gone on some great adventures. I’ve stared death in the face and beat it. I’ve made some great friendships which have lasted for decades. I lived, I learned and I’ve loved.

I am not sorry that I have Moebius Syndrome. If I could change it I wouldn’t. Everyone wants to be a unique individual. Everyone wants to be part of something special. I was lucky i was born into a group of very special people who I proudly call my friends and family. If it weren’t for me having Moebius syndrome I don’t know if I would have made it through those teenage years after my parents died. Having Moebius Syndrome made me a stronger, better, and wiser person. 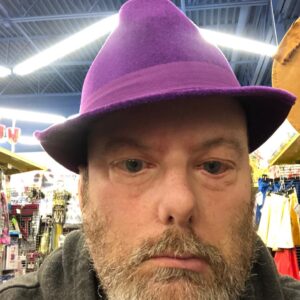