In 1990 I was blessed with the birth of my baby boy – something I had waited for all my life.  There was only one catch – he couldn’t suck.  At the time of his birth, a pediatric neurologist told me that he had something called Moebius syndrome, and that meant he would never smile. I accepted that, forgot the name of the syndrome, and took my little boy home.

For the first 2 weeks I bought every type of nipple I could find trying to find one that he could suck from. I asked all my friends how to get a baby to suck from a bottle and they thought I was nuts – they all said ‘you just put the bottle in the baby’s mouth and he will take the milk.’  It didn’t happen.  After a few weeks of his losing weight and extreme frustration, I burned a bigger hole in the nipple, put it in his mouth, and he began to chew on it and get milk. I was thrilled!  For the next several months we held his checks shut, put the nipple in his mouth and he chewed the nipple to get the milk.

I kept thinking there must be other families who had children with Moebius syndrome and adults with Moebius, and I was determined to find them.  After a long search, I received a letter from NORD telling me the names of craniofacial support groups that might be able to help find someone else.  I wrote to those groups, and on Sean’s first birthday I received a letter from Forward Face giving me the names of 2 other mothers who were searching also.  I immediately called Lori Thomas, whose 3 year old Chelsey had Moebius and they lived four miles from us!
She invited Sean and me to her house – that was in September of 1991, and the rest is history.

We now have the Moebius Syndrome Foundation which helps sponsor research into the genetics of Moebius syndrome, a medical advisory board, conferences every 2 years, newsletters 4 times per year, a website, an educational DVD. . .  the list goes on and on.  With the help of the internet, support groups and networking are available in all corners of the world.

As for Sean, he’s now 18, the captain of his high school academic team, announces all of the sports for his high school teams, and will go to college to major in communications this fall.  Because of Moebius syndrome we’ve made friends all around the world that we would never have known if it weren’t for this rare neurological condition that brings people together. 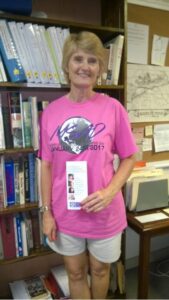